Earl W. Himes was born October 10, 1945. Although a native of Phoenixville, he spent most of his life in the Spring City area. Earl was a member of the Spring-Ford High School’s wrestling and football teams and graduated in 1964. He worked as a die caster for the Doehler Jarvis Division of the National Lead Company.

While in Vietnam, Earl was severely wounded by a VC-placed bamboo spike in 1967, while making a parachute drop. After spending several months in Army hospitals for the leg wound, he asked to be sent back to Vietnam in July, 1968. The nature of Sgt. Himes duties were secret, but he had undergone extensive guerilla and paratroop training at Ft. Bragg, where he also took his basic training after enlisting in the Army in 1966. He was serving with the Green Berets of the 5th Special Forces group when he died.  According to reports, he was killed near Da Nang, shortly after he had written his parents and telling them he was preparing for his eleventh mission. This 23 year old hero was serving his second tour of duty in Vietnam.  Army records list his date of death as March 5, 1968, in Laos. 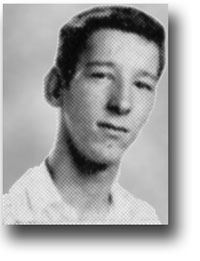