Robert W. Donahue Jr. was born in Wilmington, Delaware, but later moved with his family to West Chester, Pennsylvania. He had five sisters and a brother. Robertr graduated from Archmere Academy and then attended Purdue University, where he was a Phi Kappa Tau fraternity member.

Robert was a member of St. Agnes Church, West Chester.

Robert was inducted into the Army in May, 1968. He attended officers candidate school at Fort Benning, Ga. and was commissioned as a Second Lieutenant. He arrived in South Vietnam on November 13, 1968 and was assigned to a base station about 11 miles from the Cambodian border. He was attached to the 1st Air Cavalry Division.

Robert W. Donahue Jr. was was Killed In Action on November 28, 1969 while on patrol in the Tay Ninh area of South Vietnam. 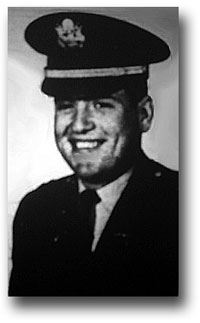 Services were held at the Reilly Funeral Home on December 10, 1968, followed by a celebration of a Requiem Mass at St. Agnes Church.  Interment was at the St. Agnes Cemetery.