MSG Donald Edward Brosius was killed on July 19, 1968, when the M37 ¾-ton truck he was riding in was involved in an accident west of An Khe. Donald and SP4 Patrick R. “Frenchie” Lilly who was driving were responding to a call for Explosive Ordnance Disposal assistance. The vehicle Donald was riding in was trying to keep up with a Military Police lead vehicle on the rain slick highway when his vehicle skidded out of control. The vehicle went off the road and overturned. Donald was thrown from the vehicle and died from his injuries. Partrick Lilly sustained a back injury. 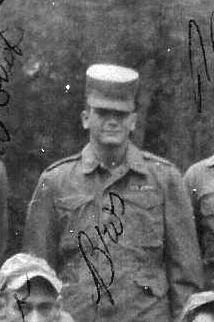 Donald Brosius is honored on Panel 51W, Row 9 of the Vietnam Veterans Memorial. Donald's medals include: Donald is buried in the Fairview Cemetery in Westford, Massachusetts.