John J. Cooper was born on November 1, 1939 to Fred and Grace Cooper who lived in Poplar, North Carolina. John was the older of two brothers. The Cooper family moved to Anselma, Pennsylvania, in1950.

John worked at the Chester County Mill, a water powered grain mill in Anselma, (today a Historic site first constructed in 1747) and later at a mushroom cannery. He also worked for Philadelphia Electric.

Private First Class John J. Cooper was Killed In Action on July 21, 1952, in North Korea. His parents received notification on July 25th. His mother was hospitalized for a week from trauma and stress of the news. According to Chaplain Lester B. Woosely of the 35th regiment, John was on a night patrol and was hit in the chest by bullets from an enemy “burp gun” and died instantly. (The “Burb’ gun  or PPSh-41, was a Russian designed machine pistol firing a 7.62 mm round with a large round magazine. It was designed for easy manufacture with stamped parts. Over 5 million were manufactured by 1945.)

John's body was returned home to New York and then by rail to West Chester arriving on September 15, escorted the entire journey by Sergeant First Class John T. Sewter.
John is buried at the Church of the Brethren Cemetery, Lancaster County. 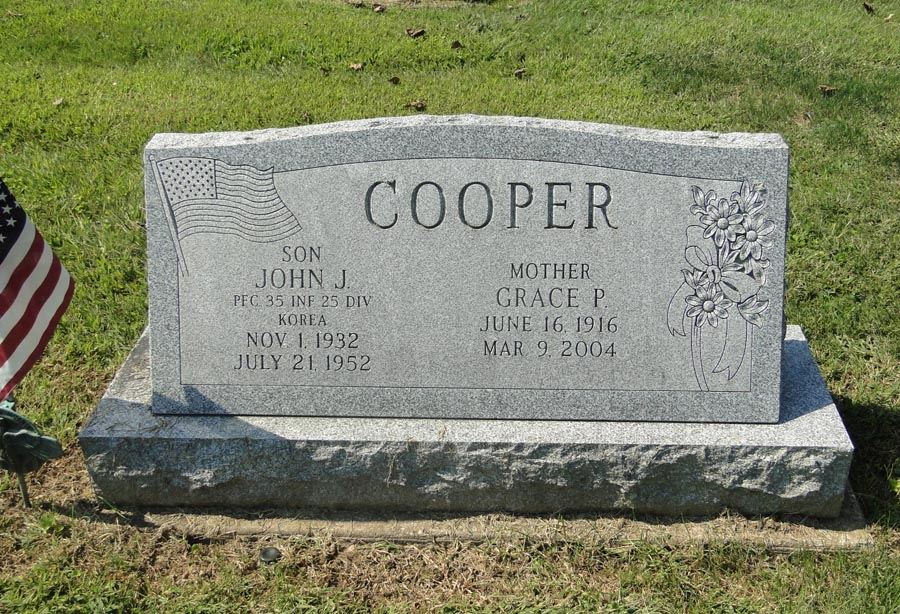